Latest News
at Worth

There were lots of impressive entries for Worth’s fourth annual Classics Essay Competition.

The competition is held each year for Latinists in Years 8 and 9. Following a trip to Fishbourne Roman Palace, a 100 room villa near Chichester, Year 8 pupils were tasked with producing a 1,000 word project advertising and selling property. Meanwhile, Year 9 students produced a 1,500 word essay on a classic topic of their choice.

The Year 9 topics this year included essays on the Ancient Olympic Games, Athenian democracy, the life of Roman slaves, Roman religion, the popularity of charity racing in Rome’s Circus Maximus, Julius Caesar’s visits to Britain, Queen Boudica’s rebellion against the Romans in Britain and the popularity of Rome’s Colosseum.

There were 37 entries in total with £100 worth of book tokens spread between six prizes as well as the Classics Cup for the winner. Competition was extremely close with about 15 entries in the running for the prizes.

The winning entry was an in-depth, wide-ranging and insightful piece by Holly Gordon Clark (Year 9) on ‘The Life of Roman Slaves’. Well done to Holly but also well done to all students who entered.

Latin is an integral part of the curriculum at Worth. Most pupils learn Latin in Years 7 and 8, after which the subject is optional as a GCSE choice. In the Sixth Form both Latin and Greek are available at A Level and as part of the IB programme. 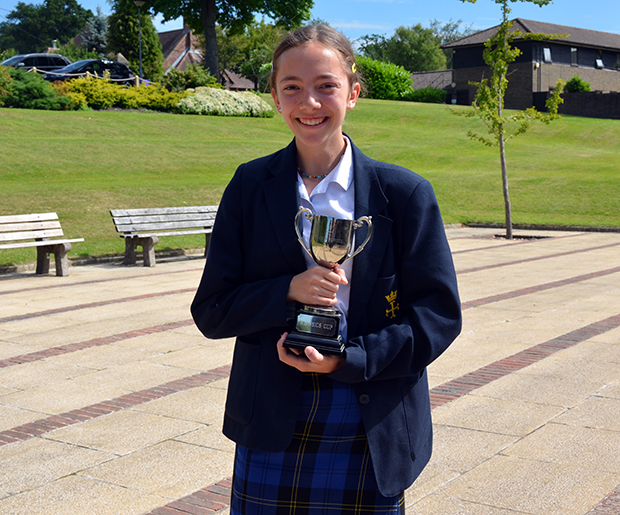